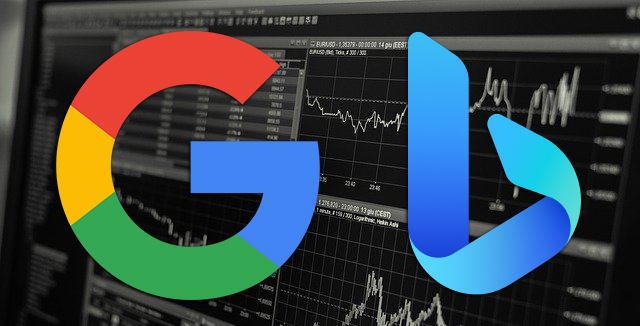 Both Google (Alphabet/GOOG) and Microsoft Bing (MSFT) announced earnings last night and while both missed expectations, both earnings were not that bad and their respective stock prices are up after hours. If you zoom into Google Ads revenue, it was up about 13.5% and Bing Ads were up about 15%.

The previous quarter, Google and Microsoft saw their search ad revenue up about 22% each, and the quarter before that, they were both up about 32% each.

So while Google keeps making insane money, there may be a slow down.

Google reported search ad Q2 revenue up nearly 14% YoY to $40.69B, vs. $40.15B est., suggesting it may withstand a global recession better than smaller rivals. Alphabet’s $69.69B revenue marks its slowest sales growth since Q2 2020, missing estimates by almost $190M, as macroeconomic pressures mount on the ad market. Microsoft misses Q4 estimates with $51.87B in revenue, vs. $52.44B estimated, citing changing exchange rates plus challenges in the advertising and PC markets.

Nicole at Search Engine Land dug more into the details after listening to the earnings call.