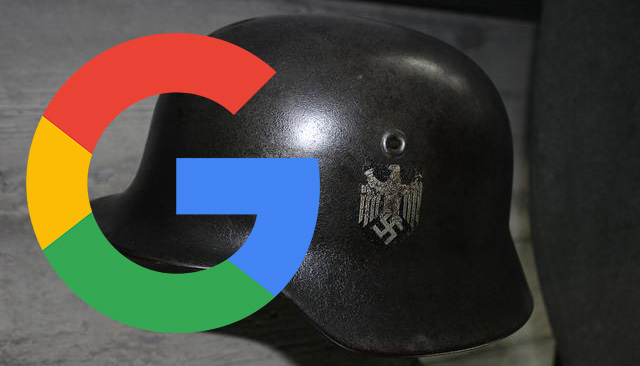 Last Thursday, June 30th, a lot of folks across social media began to talk about how a search for [desk ornament] in Google Image Search brought up Swastikas, German Nazi items and more really horrible items. Danny Sullivan from Google escalated the issue to the Google Search team and said this is a priority for Google to fix. But just almost a week later, the results seem to still appear.

In fact, many news publications covered these details last week, we got Newsweek, The Mirror and Futurism, to name a few. But the results are still there and Googlers like Danny Sullivan and even Ginny Marvin on the ad side, are still apologizing.

Both are not just apologizing but also stating this is a priority for Google Search to resolve but that these things take time. Google simply cannot delete search results but Google instead needs to adjust its algorithms by figuring out where it failed and how to improve it – sadly those efforts take time.

I am a bit surprised Google has not done something more manual for these specific cases, but it may be a sign of a larger issue that Google uncovered and is working to address algorithmically.

Here is what the Google Image results look like for me for the query [desk ornament] (click to enlarge): 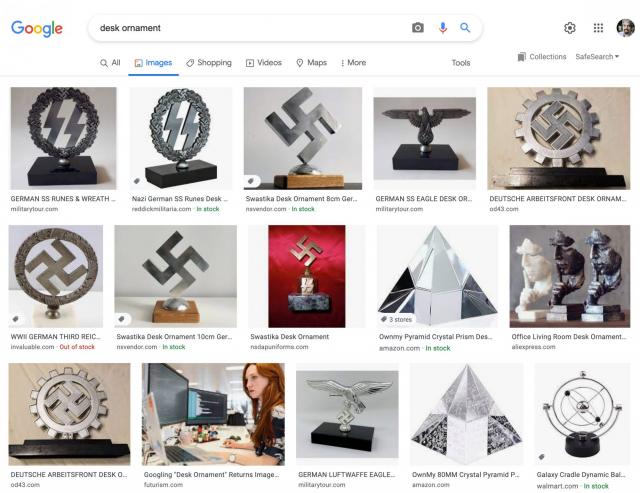 Here is how Danny Sullivan of Google responded to some of the complaints – there were a lot, so I am sticking with one thread:

Apologies for this. Agree not what most people would expect nor desire, even if there are sadly apparently a lot of these things described using those terms (which is what we match against). We’ll look at how to improve here.

We also understand there’s some speculation this is the result of a new type of spam or concerted attack on search engines generally. We don’t see evidence of that. Instead, image search can just be particularly challenging in edge cases…

Unlike in our main search, where there may be a lot more text matches against web pages, we have relatively little content to match against with images (such as the words surrounding an image), so less relevant results can sometimes rise to the top…

Again, time spent understanding this issue doesn’t mean it’s not a priority for us. It is. We’re actively looking into making even further improvements we believe should help and not just for this situation but possible similar ones.

And then Ginny Marvin from the Google Ads team on some ads:

Thanks, the team is aware and actively looking into this.

So yes, Google is making this a priority but changing algorithms takes time, the question is, how much time…