This line was added to these guidelines under deceptive content and fake engagement section. Here is the new line that was added, “discouraging or prohibiting negative reviews, or selectively soliciting positive reviews from customers.”

The blue highlight is what was added, click to enlarge this screenshot: 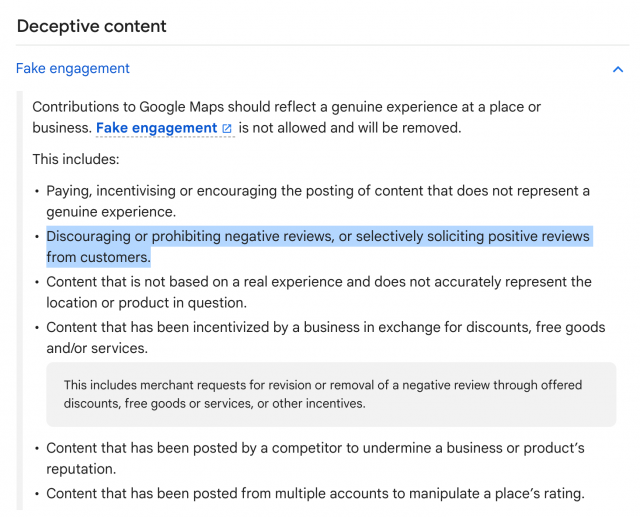 I spotted this via Colan Nielsen on Twitter who wrote that he “received a notification that this page was updated. Not really new information but worth noting since Google is being more explicit about it.”

A few weeks ago, Google added to its guidelines where businesses were not allowed to incentivize those who leave negative reviews to remove those reviews.

So it seems Google is getting tougher with the review guidelines, really tough.