On Saturday, August 6th, we saw a lot of signals that there was another Google Search ranking algorithm update. It is not clear if these are tremors for the finished Google products reviews update from July 2022 or if this is something new and different.

As a reminder, the July 2022 product review update started on July 27th and was completed on August 2nd. We saw new volatility on August 3rd that was probably unrelated to the product reviews update.

Here is what we see in the WebmasterWorld starting probably around August 5th but into August 6th:

Another big drop after a fairly strong day yesterday. Search is down 31% and direct traffic is down 23% today. That’s after finishing up 6% and 4% yesterday. These days where traffic mysteriously vanishes all day long are becoming more common and I have noticed that referral traffic is also down on those days. I don’t understand how that can be the case. I do know that this is not just normal summer doldrums or worries about the economy…people don’t all just flip on and off like that from day to day.

For my global site even for a “holiday” August my traffic is extremely low, my current projections would suggest traffic at about 53% of August 2021 🙁

UK traffic is very low this week…yesterday it finished -41%. Australia was -57%. USA was slightly up. Today again UK traffic is weak at -35%. I have noticed that UK traffic tends to turn negative on Fridays this entire summer. Perhaps its a shake-up in the UK serps or the announcement by the Bank of England that they are expecting a 5 quarter recession in the UK? The strength of the US dollar isn’t helping.

For me it’s a joyful weekend, after seeing a 50% drop on July 15 and staying that way until August 5 we’re now seeing a full recovery. I hope Google fixed their mistake and we will see our website on these positions in the future as well.

I had the lowest traffic yesterday (Saturday) since the core update that ruined my site. Today seems a bit better, but only a few percent.

USA traffic is -40% at 1pm. Search is -18%. I do think it’s probably the low point of summer traffic and perhaps people are just not out there looking to shop as much. I have friends in other fields like real estate and they are busy as ever. It seems that retail is being hit harder than anything else. Perhaps the theory that the pandemic “pulled forward” a lot of demand for goods is proving to be true.

Also, Glenn Gabe showed some graphs, but the timing of these are interesting:

July Product Reviews Update cont’d: And here are some sustained surges. These are sites that began to surge with the update and have continued in the same direction (or remained stable after surging). pic.twitter.com/yQ9hpcgq1B

And there are some sites surging or dropping that have nothing to do with product reviews. That can definitely happen and I’ve covered that in previous posts about PRUs. I’m sure the site owners are scratching their heads right now wondering what’s going on. Like this one: pic.twitter.com/PwvWbspkJQ

Unlike with the Google Products Review update from July 2022, we now see a lot of spikes in the movement of search results in Google Search. The tools clearly show it. 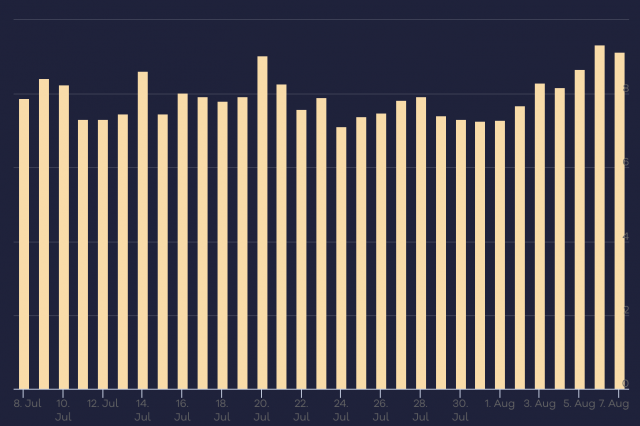 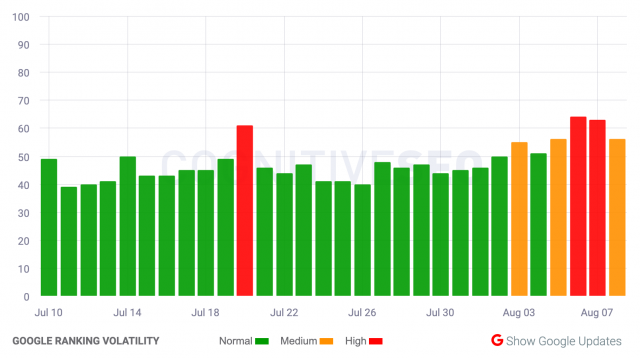 Are you noticing any big ranking swings from the weekend? Let us know.